CATHOLIC INFORMATION SERVICE FOR AFRICA (CISA) ERITREA: A Caged People in Urgent Need of Global Action - and Prayers CISA SPECIAL REPORT ASMARA, December 11, 2007 (CISA) -The people of Africa's youngest nation, 14-year-old Eritrea in the northeast, live as if locked up in a vast prison manned by a rogue communist regime. CISA is today able to reveal the sufferings of the tyrannized and poverty-stricken Eritreans, groaning under the weight of Africa's last single-party dictatorship. Prone to prolonged droughts, its economy destroyed by more than 30 years of war, Eritrea is one of the world's poorest countries, with up to 60 percent of its 4.6 million people surviving on less than a dollar a day. The legacy of war is still evident in unexploded landmines, destroyed infrastructure and displaced people. The government of President Isaias Afewerki has crippled the private sector through Maoist policies and kicked out relief and development agencies, insisting that it alone can serve the needs of the people. Not even the Church has been spared. Last month, the regime refused to renew the entry visas of 14 Catholic missionaries, ordering them out. A source told CISA the move is part of "a nationwide campaign to neutralize, paralyze, isolate and nationalize the Catholic Church." But the expulsion is also a cruel attack on poor Eritreans who depended for survival on projects run by the missionaries. The projects will most certainly collapse, as the local Church cannot sustain them. The regime is one of the leading abusers of religious freedom worldwide, with as many as 2,000 mostly evangelical Christians languishing in detention for their faith. The state recognizes only four religions: Orthodox, Catholicism, Lutheran and Islam. Suppressed society It is not easy to get an accurate picture of the situation in Eritrea. Even Eritrean exiles are silenced by the fear of having their relatives harassed back home by the government should they speak out. Another source with considerable experience in Eritrea gave CISA, on condition of anonymity, a hard-to-believe account of the dire conditions imposed on the people by their rulers. Through an elaborate police system, the state keeps a keen eye on goings-on around the country. A visitor will be struck by the overwhelming presence of state militias everywhere. "It is a very suppressed society; if you talk, you just disappear," our source said. "There are militias all over. You see, almost everyone is a military person. In every village you will find militias. It is very well-organized. You cannot say anything." The government has clamped down on its critics and all independent media. There are no civil society groups. State media specialize in entertainment and propaganda, especially against the country's 'enemies': Ethiopia, the United Nations, the international community, non-registered churches. Human rights violations are rampant, including compulsory, unending military service for persons under 40, even for priests and religious. The state harasses parents whose children flee the country in search of opportunity. Though primary and secondary education is free of charge, the quality is dismal due to lack of teachers and basic supplies. Secondary students spend their final year in secret camps. "We do not know what goes on there, but we do know that when they graduate they are in military uniform," our source said. A few graduates are enrolled in state colleges while the rest go for further military training. Soldiers are not paid, but receive a small allowance. Many of them have families, as parents urge sons to marry before they are recruited. Girls also marry or have children early to avoid conscription. Killing enterprise Freedom of movement is restricted, especially for missionaries who cannot move far out of their stations without permission from the authorities. They must also register at roadblocks. A government decree allowing every vehicle only 30 litres of fuel a month has also hampered the Church's pastoral work. There is hardly a private sector in the country. The government imports basic commodities to sell to the public at subsidized prices, making the people "depend directly on the government, so that they can feel that it is the one that takes care of them. It is also a way of killing private enterprise." Eritrea became independent from Ethiopia in 1993 after a 30-year separatist rebellion. The two nations again plunged into another devastating border war five years later. After 14 years of independence, many people must be questioning the real value of their hard-won freedom - but only silently. "Eritreans are so quiet you would think they have no problems," our source said. __._,_.___
Pubblicato da Agenzia Habeshia per la Cooperazione allo Sviluppo alle 13:31 Nessun commento:

Network of Eritrean Civil Societies in Europe (NECS-Europe) C/0 Eritreans for Peace and Democracy – P.O.Box 401 - 1214 Vernier – Geneva – Switzerland – necs_europe@yahoo.com PRESS- RELEASE NECS Urged EU to take President Issias to task over the gross human rights abuse in Eritrea. (Lisbon 7-12-07) Representatives of the Network of Eritrean Civic Societies in Europe (NECS - Europe) urged The European Union to strengthen its call for the respect of human and democratic rights in Eritrea. At a conference organised ahead of the Euro-African summit in Lisbon, representatives of the network outlined the catalogue of gross human and democratic rights abuse continuing unabated in the country and urged MEPs to heed to the EU’s own resolutions which the government of Eritrea has failed to take note of, during the meetings at the summit. Responding to the appeal Ana Gomes MEP thanked the delegation for their presence and reiterated that the EU had indeed made calls through the resolutions for the Eritrean government to have regard for human rights in the country. She further stated that European Parliament’s request to visit Eritrea had so far been frustrated by various excuses from the Eritrean government. In her presentation to the conference Ms Selam Kidane of NECS Europe stated that what makes the Eritrean situation different from all the other situations in Africa is the fact that in current day Eritrea there are no systems and mechanisms for highlighting, recording and addressing the human rights abuse. She said ‘we have heard from a human rights group based in Harare, we have heard from a member of an Ethiopian opposition party recently released from prison, we saw pictures of horrendous abuse in Angola, but in Eritrea there are no human rights organisations to highlight the abuse that goes on, imprisoned dissidents are languishing in jail incommunicado for over six years and the journalists who would be recording this to bring us the coverage of the sort we saw this morning are also in jail’. During extensive interviews given to the international media later on in the day the NECS delegation stated; ‘it is imperative that the EU linked development aid to discernable improvements in the country’s overall human rights culture. NECS has never called and will never call for the withdrawal of emergency aid as this would have a catastrophic implication for our people, however the allocation of €122 million from the European development fund in the absence of clear commitment to improve human rights in Eritrea goes against the EU values’. As well as briefing MEPs, human rights campaigners and the media NECS distributed its latest briefing paper prepared ahead of the Euro-African summit. Further to outlining NECS’ concerns the paper made the following recommendations: 1. Release of Prisoners: The EU should strengthen its call for the immediate release of all those who are illegally detained in Eritrea. It should put more energy and political resolve in highlighting and defending human rights and fundamental freedoms in Eritrea. 2. Democratic governance: The EU should insist in the development of democratic institutions and introduction of democratic governance in Eritrea. Eritrea is currently governed by the wishes of one man with no transparency and accountability. The EU ought to support Eritrean civic organisations currently operating within the EU as they need resources for human capacity building to enable them function properly and be effective defenders of human and democratic rights as such organisations do not exist in Eritrea. 3. Strong Action: The EU should follow its demand with strong and decisive action if Eritrea fails to be governed by the rule of law and democratic principles. Instituting a travel ban to members of the Eritrean government and the ruling party would give a clear signal to the Eritrean authorities of the importance the EU places on human rights and it would also give real hope to the Eritrean people. 4. Aid and Human Rights: Development aid ought to be linked to discernable improvements in the country’s overall human rights culture, or to an agreement either for the provision of human rights training for members of the state security apparatus, or for assistance in the development of independent local human rights organisations and defenders. The Commission's allocation of €122 million in bilateral aid for 2008-2013 from the 10th European Development Fund, in the absence of any visible change or even willingness to improve human rights in Eritrea, goes against EU values and needs to be re-examined. 5. Urgent Resolution of the Border Issue: In order to remove a source of instability that has contributed towards insecurity in the entire Horn of Africa and the deterioration of human rights in both Ethiopia and Eritrea, there is a need for key members of the international community, especially the EU, to undertake sustained high-level advocacy to ensure Ethiopia’s unconditional compliance with the international ruling on the border between the two countries, and the demarcation of this border as a matter of urgency. Note to Editors 1. Linking Human Rights and Development – A Strategy for Africa was a conference organised by Amnesty International (Portugal) with the support of Ana Gomes. MEP at the European Centre Jean Monnet in Lisbon on the 6th Dec 2007. NECS-Europe is a network of Eritrean human and democratic Rights organisations based Across Europe. Lisbon, 7 december 2007
Pubblicato da Agenzia Habeshia per la Cooperazione allo Sviluppo alle 11:40 Nessun commento: 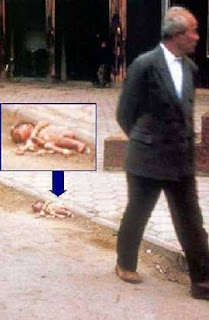 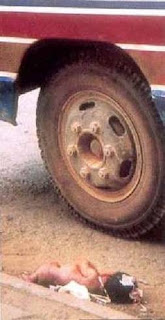 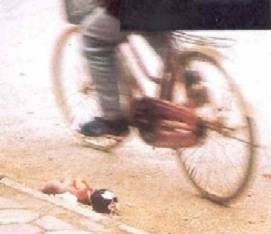 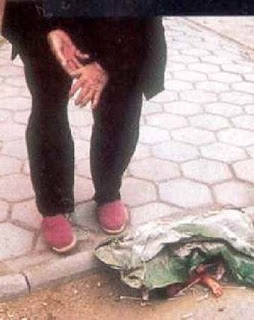