SOS Tunisia: Refugees threatened and discriminated because of their Christian faith.

SOS Tunisia: Asylum seekers and refugees threatened and discriminated against because of their Christian faith.

Dozens of refugees in these hours are refugees at UNHCR headquarters in Jarjis, came to ask for help, because Medenine where they were placed, no longer able to live because of the strong discrimination also attacks and insults, because they are Christians .
I just talk with one of the refugees, who is in the sit-in in front of Zarzis UNHCR. He says they are 27 people to be there of which 6 are women and one child. They are among the boat-people who arrived in September in Zarzis and that were living in the Zarzis House for Youth and then transfered to Megrine under mandate of the red crescent for local integration programs. It is almost confirmed that all of them are now recognized refugees under UNHCR status but that none is in process for resettlement. They complain, as a matter of fact, about mistreatments because of their faith in work and studies. Some of them were studying in BenGuerdane and Gabes but had to leave school because of discrimination. I was suprisesd as they told me "we want to go to Shusha, becasue we want to be treated as refugees and not live in society". On my intterpretation the constate of the failure of local integration programs with people that do not want and cannot live here.
I appeal to the UNHCR, don't expose to risks and hazards to the life of these people, it is not acceptable that operators ask, that the refugees return to live in the locality of Médenine, where for long time, the refugees complain of discrimination and physical and verbal attacks.
UNHCR should ensure effective protection, should not be exposed to any risk or condition of life affecting their right to a dignified life.

Refugee emergency in Libya. But Europe is silent and electoral agendas in Italy there is no place for human rights 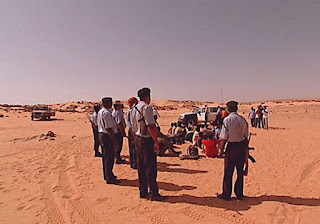 African refugees in sub-Saharan Africa are jailed in Libya-camps, places of detention terrible, took Europe! We receive dozens of reports of IDPs and refugees, mostly from the Horn of Africa, held without plausible reason in these camps of the third millennium, so similar to the "old" no respect for the human being, both physically and mentally.
In recent weeks, hundreds of Ethiopians, Eritreans and Somalis to be victims of hunting black, strongly supported the initiative and supported by the police and the Lebanese Army, just in time for the second anniversary of the fall of the old regime of Gaddafi. But what "revolution"? "The Libyan Spring" is nothing but a barbarism of Human and Civil Rights! In recent months, many Christians, carrying signs of their faith, have contacted us and testified that they had been assaulted in detention centers because they profess a different faith. They were forced to observe Ramadan and beaten if found in possession of a Bible or a cross around her neck .....
Libya does not respect the rights of asylum seekers and / or refugees. It seems to go back in the dawn of time. We like to remember that Ghedaffi was a signatory of the 1969 OAU Convention, which entered into force in 1974, but that still does not meet Libya, see Article IV Non-discrimination: "Member States undertake to apply the provisions of this Convention to all refugees, regardless of race, religion, nationality, membership of a particular social group or political opinion. "
In modern Libya, it is exactly the opposite!
What happens in the detention centers of Sebha and Birak is a grave violation of Human Rights of 1948 and
the four Geneva Conventions (1949 on International Humanitarian Law, as well as a number of international and regional treaties and declarations, non-binding, that meet specifically the needs of refugees, and the 1969 OAU Convention, which note further, Libya signed.
But what is the real situation of the refugees in the camps Libyans? Their living conditions are unacceptable. The degradation is complete. Refugees and asylum seekers living in 130 crowded into a room of 16 square meters, in the company of lice and rats, no water for personal hygiene and no change of clothes. Even drinking water is low and the food is so bad that you would not even dogs. They are used as free labor, we point out: they are SLAVES, and are constantly harassed both physically and verbally. There are no medicines of any kind available, even a trivial Panadol. We know that some people are suffering in
because of the beatings and beatings by the military who suffer. Medical care is not adequate.
Europe, Nobel Prize for Peace, has a guilty conscience, blood of so many innocent people who die in detention centers and camps in Libya, took the policy of closing of European borders to the south of the Mediterranean. The Europe makes it complicit in the violation of human and civil rights, discrimination and racial and religious they face today in Libya, thousands of refugees from Sub-Saharan Africa.
It has come to this through the continuous pressure that Europe has exercised and still exercises incessantly both in terms of political, economic and diplomatic that of countries such as Libya, to do this job criminal, that is locked up in concentration camps thousands of people to avoid a knock at the gates of Europe.
Even Switzerland, which until now, granted the requests for asylum in its diplomatic missions in various parts of the world, the month of June has called a referendum. Citizens must comment on the total closing reception. Another possibility that could vanish forever. These choices will favor one side the trafficking of human beings, on the other increases the unjustified suffering of refugees and displaced persons, forced to live (or die) in the camps as soon as we have described above.
We call for Europe to assume its responsibilities and to change its policy on immigration. Ask in a loud voice that they comply with the Human Rights are discarded agreements with countries that do not respect the international conventions for the protection of human rights of refugees.
Europe must do to ensure a secure location and legal input for asylum seekers, with appropriate settlement programs is possible. The asylum seeker should be able to apply for asylum in diplomatic missions and, in the case of emergency humanitarian evacuation. The life and dignity of every man must never be jeopardized and never be left to chance, fate.

Libya: 1,200 refugees threatened with deportation. Silence about their rights trampled 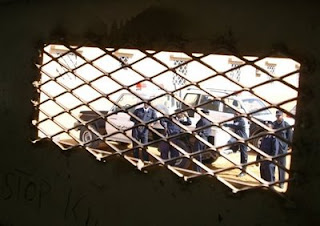 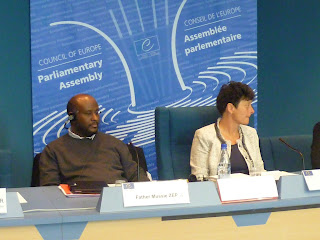 Now comes another emergency. In these days don Zerai has collected new information to update the report on prisons, finding ample confirmation that the situation continues to deteriorate. And, above all exploded the case of the 1,200 refugees and migrants at risk of forced deportation. Even this emergency has been reported to the secretariat of the National Democratic Party, through some candidates for the Senate and the House. But there were no reactions. According to confidential items out of the office abroad, the justification would be that "this transition and elections can not do much." "The rooms are closed and will meet on March 15 - the answer is unofficial - The situation that lies ahead is reasonable to think long consultations for the formation of the Government, which will come up before mid-April. It 's the government that can actually do something. "
In short, all silent "fault" of the election. Actually own the elections may be an opportunity to bring up this emergency, making it one of the topics of political debate. With the commitment of making it a priority for the next term and, more immediately, to put pressure on the Foreign Ministry in Tripoli require it because the situation in prisons and forced repatriation of those 1,200 and more migrants. Not to mention the action at European level, with parliamentarians in Strasbourg and the Council in Brussels. But no. He remains silent. Yet, fighting for the rights of those displaced slaves in Libya and claim the right to citizenship for children born in Italy to foreign couples are two chapters of the same battle. So how to fight for labor rights and health of workers Fiom discriminated by Fiat and sick leave without assistance. Homosexuals and the disabled, marginalized women and young people who have been stealing the future, education and social services. If you leave out even one of these points you question everything. And he comes to suspect that there is talk of rights only instrumentally. With eyes dimmed by the prospect of gaining or losing a handful of votes. 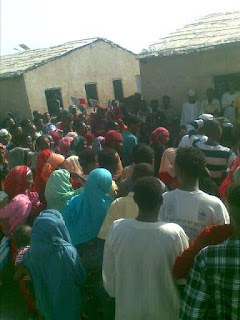 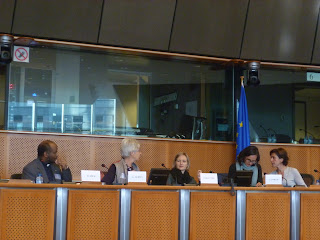 Continue to African Hunting in Libya!

Does not stop the fury of the Libyans against the Africans coming from Sub-Saharan Africa. In Tripoli, in the Abu Selim, armed gangs rake the area in search of refugees. They are forced to barricade themselves in their homes, afraid to go out, just to buy bread. Those found on the street, not only is beaten and beaten, robbed of his few possessions, but is likely to be deported to Sebha, terrible detention center in southern Libya.
The competent authorities close their eyes to these constant attacks of obvious racial and / or religious.
We appeal to the Libyan authorities: STOP THIS HUNTING the African! We ask that the human and civil rights of refugees are respected. 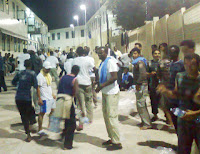 Launch a further appeal to the EU for you to intervene with the Government of Libya to protect the rights of these people, rights that are strongly violated in these hours in the Libyan capital.
They are men, and yet they are given the hunt as beasts!
In recent days, hundreds of people displaced in the south of Libya, people who need assistance and aid.

Urgent appeal ! Refugees and migrants at risk of forced deportation from Libya

Over 1200 refugees and migrants at risk of forced deportation from Libya to their countries of origin. All come from Sub-Saharan Africa: 350 Eritreans are, the others come from Ethiopia, Somalia, Nigeria, Niger and Chad.
Radio and television Libyan announced that: "We are forced to take these measures, because many of them are people carrying diseases and other problems."
Obviously this is a motivation absurd and clearly racist: it is a hunting African. All this happens within a few days of the fall of the old regime.
The Libyan government announced in this way to protect refugees and migrants, but they are treated worse than animals. Forcibly deported in the south of Libya, specifically in Sebha and Barika (70 km from Sebha), where they arrived after 12 hours of grueling journey, crammed onto trucks like animals.
UNHCR has already been alerted must avoid at all costs the deportation of asylum seekers and migrants in their countries of origin, according to the Geneva Convention of 1951, Convention which Libya's Ghedafi, I have never subscribed to that of today, but, it is noted that the former leader had signed the Convention of African Unity for the protection of refugees and displaced persons.
We ask: - Compliance with the international conventions that protect the rights of refugees and displaced persons. The Libyan authorities to allow UNHCR to detention camps in the south of the country, so that it can be made a test of the actual conditions of the people held there. Appropriate assistance and full respect for their human dignity.