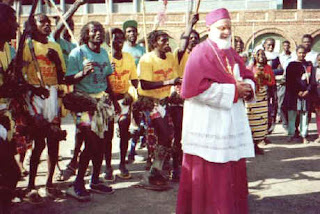 Eritrea calls for disbanding of UN border force Thu 1 May 2008, 17:41 GMT [-] Text [+] By Patrick Worsnip UNITED NATIONS, May 1 (Reuters) - Eritrea, which earlier this year obliged a U.N. peacekeeping force to leave its disputed border with Ethiopia, is now calling for the Security Council to wind up the mission altogether. The demand, in a letter from the Red Sea state's permanent U.N. representative, came after the council, in a statement issued late on Wednesday, said it would consult Eritrea and Ethiopia on the future of the 1,700-strong force. The force, known as UNMEE, had patrolled the border since 2000, when a two-year war between the Horn of Africa neighbors ended. It pulled out in February, saying Eritrea had cut off fuel supplies, and most of its troops have returned to their countries of origin. Eritrea said countrywide fuel shortages had prompted the cutoff, but has made no secret of its disillusion with the United Nations for failing to enforce a border ruling by a boundary commission that favored Asmara. In its latest statement on the issue, the Security Council again condemned Eritrea for its actions but said it was "ready to assist the parties to overcome the current stalemate, taking into account the interests and concerns of both parties." "The Security Council will, in the light of consultations with the parties, decide on the terms of a future U.N. engagement and on the future of UNMEE," it said. But in a letter to the council, Eritrean Ambassador Araya Desta denounced the statement for failing to mention the ruling of the boundary commission or call on Ethiopia to withdraw its troops from "sovereign Eritrean territories. " "There is no 'stalemate' or impasse to overcome except Ethiopia's legal obligation to withdraw its troops from territories awarded to Eritrea by the ... decision of the EEBC (boundary commission), " Desta said. With the ending of the commission's work last November, Security Council requirements had been met, "necessitating for the U.N. Security Council to officially terminate the mandate of UNMEE," added the letter, made available on Thursday. SEVERAL OPTIONS Eritrean President Isaias Afwerki had said last month the continued presence of U.N. peacekeepers in a 15.5-mile (25-km) zone inside Eritrea, was illegal. Diplomats say it is the first time a country has withdrawn cooperation from a U.N. force. U.N. Secretary-General Ban Ki-moon warned in an April report that if the peacekeepers abandoned the 620-mile (1,000-km) border, a new war could break out, although both countries have said they do not plan to renew hostilities. Ban offered several options, including the permanent withdrawal of UNMEE, deploying a small observer mission in the border area, establishing liaison offices in Addis Ababa and Asmara or returning to the original full deployment. The last option, however, looks unlikely given Eritrea's stance. The now-disbanded Hague-based boundary commission had ruled that most of the border territory under dispute, including the flash-point town of Badme, belonged to Eritrea. Ethiopia has offered to hold talks with Eritrea to discuss the ruling but Asmara says Addis Ababa must first withdraw from Eritrean territory. U.N. officials say the commission, set up under a peace deal between the two countries, is not a U.N. body and hence the United Nations cannot enforce the ruling. Nonaligned diplomats say some countries on the Security Council are reluctant to antagonize Ethiopia, whose troops are currently supporting the Somali government against Islamist insurgents in Somalia. (Editing by Jackie Frank)
Pubblicato da Agenzia Habeshia per la Cooperazione allo Sviluppo alle 17:30 Nessun commento: