Appeal for peace between Eritrea and Ethiopia 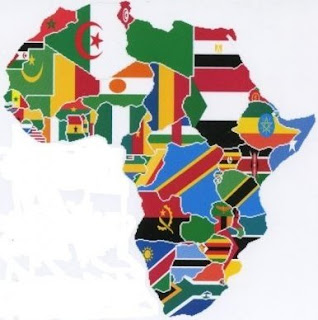 Appeal for peace between Eritrea and Ethiopia

Between Saturday 11 and Monday, June 13 it exploded a hard, bloody battle around the Zalambessa / Tsorona city, straddling the border between Ethiopia and Eritrea, near Badme, the village at the center of the dispute that triggered the terrible war fought from 1998 2000. a devastating conflict that has caused tens of thousands of victims, suffering enormous destruction and that, despite the ceasefire signed in Algiers in December 2000, it was never formally concluded as giving rise to a situation of "neither war or peace "that has dragged on for sixteen years and that causes periodic clashes and border incidents between the two countries.

The three-day battle between the 11 and June 13 are, in fact, the last of these clashes. Indeed - for admission of both sides - the most serious accident by the truce of Algiers, with a still unknown number, but certainly very high, dead, missing, injured. Probably hundreds. Hundreds of victims are in addition to the tens of thousands of 1998/2000 and the many fallen in occasional clashes that have taken place over the years, until now. In addition, in the case of Eritrea, a calculation must be thousands of victims among the refugees who have fled and continue to flee to escape the total militarization of the country, which has stifled all forms of freedom. Not to mention the enormous impact on the economic and social level: military spending - in both countries, but particularly in Eritrea - huge waste, valuable resources that could instead be intended to resolve, or at least alleviate, the serious situation of poverty and needs of the most vulnerable population. And while you continue to fill the arsenals instead of the barns - a reality, however, shocked again, after that of 2010 (just six years ago), another heavy famine - the fire broke out between 11 and 13 June is likely to trigger a huge fire, as it leaves fear the growing concentration of military units on both sides of the border.

It 'a humanitarian catastrophe in front of which one can not remain indifferent and inert: they can not do the Addis Ababa and Asmara governments; He can not do the African Union; not the European Union; not the United Nations and the entire international community. Each of these subjects, each for its part, has an ethical duty to take steps to get in the shortest time to a peaceful solution between two peoples who, moreover, have ancient, deep historical, cultural, religious, ethnic and often, for single people, even family members.

A decisive step is the resumption of dialogue. We call, then, because it opens as soon as a round table under the auspices of one or more supra-national authorities. We cater for this, first of all, the leaders of Ethiopia Hailemariam Desalegn and Isaias Afewerki and their respective ruling classes because, overcoming mistrust and resentment, agree to set up a frank and open dialogue; but at the same time, we turn to the African Union, European Union and the United Nations, because they exercise all their authority to reach this goal, through mediation and under their supervision, doing everything in their power to start a process that will lead to peace at last. Notwithstanding that must still shed light, in front of the High Court of International Justice, on charges of crimes against humanity that in these days the UN Commission of Inquiry on the violation of human rights has moved against Asmara.

Surely, on this path of dialogue and search for a peaceful resolution of conflicts, the Ethiopian and Eritrean Governments and international institutions will be supported and will find the most concrete cooperation from the highest religious authorities, both "internal" to the two countries that supranational, beginning with the Catholic Church, the Orthodox Church, the Lutheran Community, and by the highest representatives of Islam.

We are deeply convinced that this is the cry of pain and help that rises from the populations most affected by this harsh situation, which continues to cause grief, suffering, destruction and which has already killed any prospects for the future to two generations of young people. We make sure, together, that this cry does not fall once again into the void.
Pubblicato da Agenzia Habeshia per la Cooperazione allo Sviluppo a 09:33